Sabina Nore is an artist who uses a variety of mediums to create.
She currently lives and works in Austria, Europe.

A treasure hunter at heart and fascinated with the diversity of cultures and people, she was especially infatuated with anything that seemed different or exotic, be it trinkets from far-away countries, customs from distant lands, or new ways of approaching old habits.

Sabina had a near-death experience at the age of one which close friends speculate to have given her 'an edge' in life.

She was on TV at the age of 10 performing a Spanish waltz on the classical guitar.

She is of noble ancestry on both sides of her family.

She is fluent in three languages: English, German and Serbian. 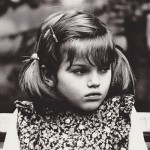 She went from ballet classes straight to hockey classes, from the cliché feminine to the cliché masculine, excelling in each. She also learned jazz-dance.

Has two children, Lara and Christopher.

She was offered to play the main role in a children's TV-series when she was 5 years old, but she refused to cooperate due to her shyness.

Has never had a boss in her life.

Thinks it's ridicilous to write about oneself in third person. 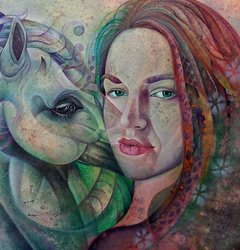 Artworks of Sabina by many talented artists & illustrators

"Art is a mirror of society as well as a key to the spirit of the individual (painter)." ~ Sabina Nore

Evolution A visual sneak peek into a life 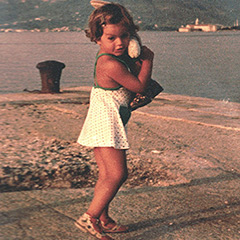